Showing posts from October, 2009
Show all

Roshan Karki Anonymous October 29, 2009
Ubuntu 9.10 (Karmic Koala) is released and is live at http://noncdn.releases.ubuntu.com//releases/9.10/ Get it while its hot. Click here for more info. If you already have alpha, beta or rc iso image you can use zsync  to update the iso you have and thus save bandwidth. More info:  use zsync to update existing iso images Don't forget you can also use torrent to download the iso. But whatever you do don't forget to check md5sum . If you have slow internet and downloading takes ages, I hope you didn't miss my earlier post  shipit karmic koala
Post a Comment
Read more

Roshan Karki Anonymous October 18, 2009
Mozilla Thunderbird can be minimized to tray with some additional plugins. These plugins also notifies of new email beside hiding Thunderbird to tray. 1) moztraybiff URL:  http://moztraybiff.mozdev.org/releases.html To notify of new email message the color of tray icon is changed. But with current version we can't get the Thunderbird inbuilt new email notification system. Note: This release has the unfortunate side-effect of disabling the new Thunderbird 2.0 feature of popping up an alert box for incoming mail. Currently it's impossible to have both my extension and this feature working together. In future versions, this is fixed. In this version, you can always restore the alert box feature by disabling or uninstalling this extension. 2) Firetray URL: http://code.google.com/p/firetray/ I like this plugin better as there is no compatibility problem with inbuilt new email notification system The tray icon changes to number of unread email messages. You have got optio
Post a Comment
Read more

Opening guest OS in VirtualBox requires an extra click. You have to open VirtualBox OSE from Accessories and click start to run guest OS. Instead of this you can create a launcher to directly open VirtualBox guest OS. So just a single click and your guest OS will start running. The backend for this is powerful VBoxManage CLI command. It can do lot more than the GUI can do. For example check how to hide menubar and statusbar in VirtualBox. Now to open guest OS directly from panel do the following. I'll assume your guest OS name as "guestos1" Right click empty area in panel and choose Add to Panel Select Custom Application Launcher (its on top) Fill the dialog box it brings as: Type: application Name: guestos1 Command: VBoxManage startvm "guestos1" Comment:  Start guest os names "guestos1" Click the icon and choose icon of your choise Click OK. Now your launcher is ready to open guest os directly.
Post a Comment
Read more 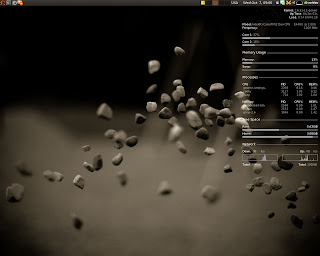 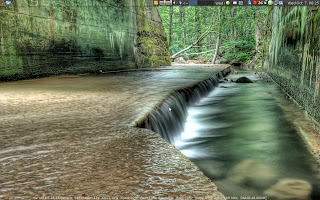 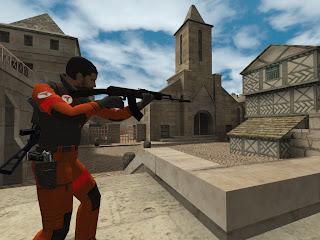 I usually don't play games. This festival season with long vacation we group of guys decided to play some FPS games. As me being the LAN party organizer I was busy checking few games. I checked Unreal Tournament *, Urban Terror , Assault Cube and America's Army . Urban Terror is a free multiplayer first person shooter developed by FrozenSand, that (thanks to the ioquake3-code) does not require Quake III Arena anymore. It is available for Windows, Linux and Macintosh. The current version is 4.1. Yes Urban Terror supports both 32 bit and 64 and Linux, Mac and Windows. To check Urban Terror, first I had to add some bots. Adding bot isn't officially supported but is very easy. Goto console by pressing ~ key  /bot_enable 1 to enable bots  /reload if you have already started the server  /addbot chicken to add bot named chicken or /addbot puma to add puma, here is more bots.  The bots were very difficult for me so I decided to check demo. I couldn't open the
Post a Comment
Read more
More posts
Linux Developer